Dogs have been bred to be retrievers, fighters, protectors, lap-sitters, hunters and trackers, and tricksters. Over the centuries, certain breeds have evolved showing excellence in one category but scoring very low in others. While many dogs are sweet, gentle, kind companions, some breeds are more aggressive and likely to attack people.

Each day, thousands of Americans are injured in dog bites that require medical attention. According to the CDC, more than 27,000 people underwent reconstructive surgery as a result of being bitten by dogs in 2012.

The following is a list of five of the most dangerous dog breeds.

Almost every day, a story surfaces about a fatal or near fatal incident involving a Pit Bull and a human. This breed has evolved from a line of fighters and is popular among those wanting a four-legged companion as a protector.

Pit Bulls rank far above all other breeds when it comes to reported bite fatalities. The breed’s aggressive nature is well documented, and this animal is known to attack children and adults with little or no provocation. In 2012, there were 38 fatal dog attacks in the U.S., and 23 of them involved Pit Bulls. The breeding of Pit Bulls is illegal in some states and in certain jurisdictions in others. Some municipalities have banned the breed altogether. The Rottweiler is one of the oldest of purebred lines. It was once bred exclusively for herding, but today the Rottweiler is commonly sold illegally for dog fighting purposes. Approximately 40 human fatalities per year are reported annually involving a Rotweiler.

Rottweilers are rather heavy for their size, and although they are passive most of the time, they do not react well to sharp words, forceful petting, or rapid movement. Children often receive serious bite injuries simply by coming up to close to one of these dogs from behind.

These closely related cousins are two of the oldest bred dogs on earth. They enjoy performing hard work and are usually very tolerant around youngsters. However, their natural instinct to fight for the purpose of self-preservation and for food is also well known.

These animals are rather large, are not especially affectionate, and will bite if startled. They must be treated gently and left alone while they are eating. However, they are very protective of their owners, and most of the biting incidents involve a stranger.

Domesticated dogs are the descendants of wolves. By nature, wolves are natural born hunters and have a keen instinct for survival based on the availability of food. Not surprisingly, wolf hybrids can quickly and efficiently carry out an attack on a small animal.

Although they are not known as killers, wolf hybrids are dangerous around children. They do not like to be petted and consider any attempt at physical contact as an act of aggression. It has proven to be virtually impossible to breed this instinct out, even after centuries of trying.

The Doberman is famous as a guard dog, and its snarling facial expression has kept many a would-be thief from carrying out a devious plan. This breed is very protective of its owners and is can be a good choice for those with young children.

However, Dobermans react negatively to unknown individuals treading upon its home turf. Pet owners must take special precautions to keep their Doberman out of contact with strangers.

Individuals considering the addition of a furry friend into the household are encouraged to check out the statistics concerning their prospective pet’s probable habits. While dogs in the above breeds can still make good pets, their is a greater risk of putting others at risk of a dog bite attack. 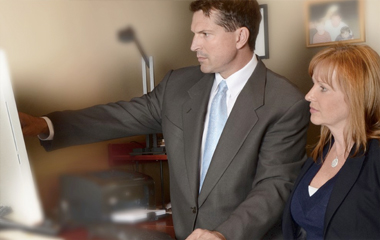 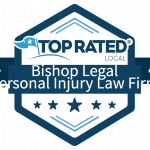